Alec Soth has recently become a columnist with the New York times and they published a new video piece that he created this week.

This is incredible. It puts together my want to please, make something meaningful, and still put myself into my work. It reminds me of performance art, an artform that I have been fascinated by as of late.
Posted by spriestapphotography at 9:24 AM No comments: 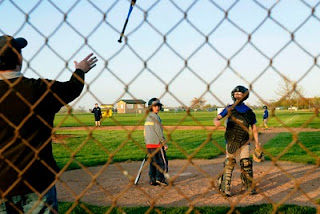 Baseball in Henrietta
Posted by spriestapphotography at 11:55 AM No comments: 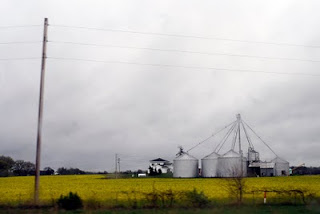 Posted by spriestapphotography at 8:25 PM No comments: 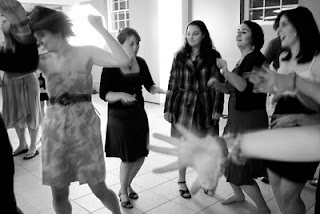 Going to New York City last week for the Photojournalism Trip opened up opportunity and perspective to our entire class. We went behind the scenes of some of the world's biggest media outlets, and talked to the people that had a big part in the decision making process. During our discussions with these people, there was a plethora of different opinions, some conflicting with each other, or entirely unique, but a few themes rose out of the discussions. Here I have listed ten of them that most resonated with me (I look copious notes, but these are the ones I remember without notes, and thus will hopefully remember for years to come).

Phaedra Singelis of MSNBC was the first of the five or six different people that emphasized the importance of writing, both as a photography editor and a photographer. While she mentioned captioning, a new form of writing that I hadn't thought about was the idea of writing for a proposal. Editors expect more of a proposal than one paragraph explaining the skeleton of a project- they want to know everything that a photographer knows, and more importantly why and how a photographer will accomplish this project. After all, they are funding and/or publishing the project. Brian Storm, of MediaStorm suggested taking a scriptwriting class, both for the writing and the storytelling components.


2. Be good at shooting everything, but don't be afraid to have a specialty.

This is what Santiago Lyon of the Associated Press told us when he described the ideal hire or freelancer at AP. He explained this principal creates a strong, consistent, and reliable shooter who still stands out from the rest of the crowd.

3. Video is good to have as a skill, but it isn't moving as fast and as widespread as people think it is.

At every agency/news organization that we visited, someone would inevitably ask the question, "So what are you doing with video?" This is due to the fact that 3/4 of my class is taking the video for photojournalists class and many newspapers and internships are stressing the importance of having background in video. So, I was surprised when many of the reps told us that video isn't as developed or as widely used as many would think- photos still take precedence. James Estrin of the New York Times Lens Blog noted that the Lens blog is thinking of not posting video anymore, because far fewer people are viewing the videos as opposed to the photo project and stories. Alina Grossman from VII mentioned that her agency does sell video, but that video had not been sold much until the past two months, where there has been a surge of b-roll sales.

4. Don't half-ass some assignment because it is seemingly insignificant

This was the most important thing that I learned the whole week in New York City. Michelle McNally from the New York Times when describing the personality of a staffer at the Times, explained, "If we give them an assignment to take a photo of fire hydrant, they come back with the most incredible photograph of a fire hydrant that they could possibly get." This goes well with #2 of the list as well, in being competent at everything, but also making it unique and beautiful. In a world where more and more people are going to stock organizations to pull their photographs, being a unique and kick-ass photographer is becoming more important- as stressed by many of the people who we met during the week.

5. In multimedia, don't let the audio be redundant to the photographs

John Makely from MSNBC gave us this example, "Imagine a video of a fire in Brooklyn where the reporter is standing in front of the fire saying, 'the fire is tremendous, the flames are huge!' when you can see the fire already and know how big it is. In the same way, let your audio and video compliment each other, not say the same thing. This, along with excellent quality of photographs and audio will make people want to watch for more than a minute or two."


6. If you work at a place where you are comfortable in the environment, you will work better.

The employees at Bloomberg understand this advice- the Bloomberg building is perhaps the most beautiful office space that I have ever seen. The glass cubicles, large fish tanks, eliptical escalator, vases of flowers, free food bars, and the simple, well-designed layout of the building help the employees, who often have to stay until late in the night to meet deadlines, to be happy and productive. Though most everything will not compare to this atmosphere, the lesson that I learned here is to find an atmosphere that is welcoming, whether it be the people or the work or the building.

Though all of the people that I met last week were on busy schedules, all of them encouraged us to email them, keep in touch , and even offered to critique our work. They explained that they have all been in the position that we have been before, of being young, inexperienced, but passionate and hard-working, and they want to make our road just a little less bumpy. This was encouraging to hear, that we aren't in it alone.

8. Before you propose a story, start it and have photos of it to show you can do it.
Phaedra Singelis emphasized having a well-written proposal for a story, but Alina Grossman from VII took it up a notch by stating that already having photos from the project during the proposal will drive the proposal farther and strike a better note with an editor/sponsor. She also mentioned that picking a country that is interesting and moving and beginning to photograph there is a good way to start a career too. After all, that's what DVAFOTO creator and former VII intern Scott Brauer did- packed up his bags and moved to China where he is now a freelancer there.

9. If you can think of something else you can do besides photo, quit photo and go do that instead.

This is something that was first brought to me last year by my sword-swallowing friend Riley who told me, when describing her reason for leaving a career as an anthropologist to perform circus sideshow acts, "Money doesn't buy you happiness, but happiness can make you money". And this makes sense, if you truly love something, aren't you going to put your heart into it and spend the majority of your time on it? Several people, including James Estrin and Brian Storm said this in one way or another. Estrin said, "If you can thing of something else you can do besides photo, quit photo and go do that instead, because you need to be in a job where you can put all of your heart into it. Photography isn't a job, and if you're just looking for a job, go somewhere else."

10. Get into a habit outside of work of practicing your craft.

Brian Storm of MediaStorm explained that he has made his work effective and his job successful by making what he does more than a job, by practicing and staying alert all of the time. He said that a daily learning exercise is watching a movie, every night, and paying attention to how the story is told, through how the clips are put together, and what works/doesn't work. He said, "My partner usually watches the movies with me, but she'll get frustrated quickly, when I start critiquing the movie in the middle of it."
Posted by spriestapphotography at 6:13 AM 1 comment: 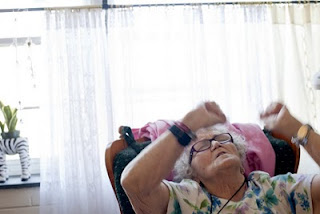 Posted by spriestapphotography at 11:00 AM No comments: 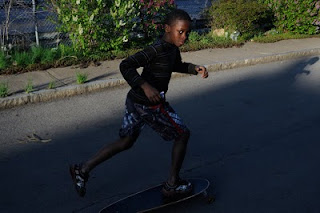 Jeff has been hanging out with James for a little while now, and now that I'm back from NY, I skateboarded with them yesterday.
Posted by spriestapphotography at 10:11 AM No comments:

The Artist is Present 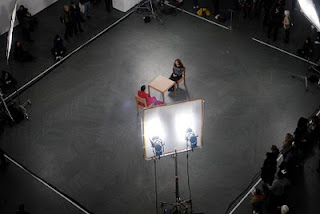 Was able to experience Marina Abramovic's piece, "The Artist is Present" at the Museum of Modern Art. She is incredible.
Posted by spriestapphotography at 10:43 AM No comments: 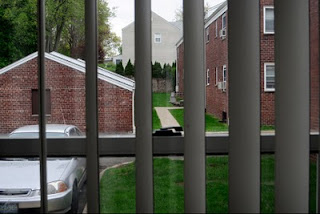 Posted by spriestapphotography at 10:37 AM No comments: 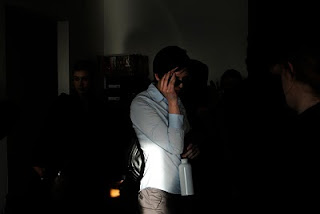 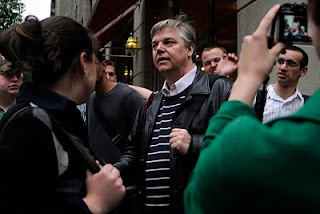 Posted by spriestapphotography at 5:28 PM No comments: 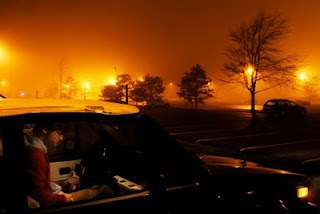 I'll be in NYC this week, but I will hopefully be posting photos on here as well.
Posted by spriestapphotography at 7:40 PM No comments: 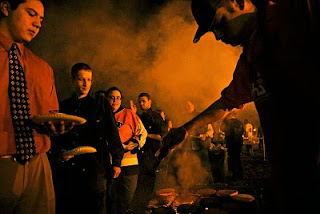 There was this big bonfire for RIT going to the Frozen Four, but, no one really cared about that. They just wanted the food.
Posted by spriestapphotography at 7:50 PM No comments: 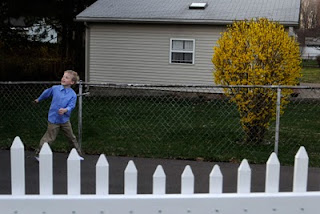 Posted by spriestapphotography at 12:34 PM No comments: 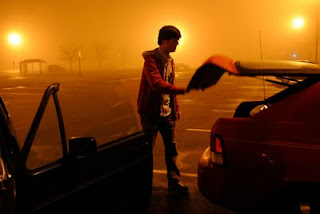 Posted by spriestapphotography at 4:31 AM No comments: 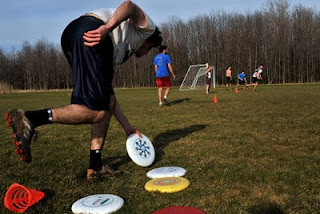 RIT Ultimate Frisbee Drills
Posted by spriestapphotography at 6:44 AM No comments: