Yet this yellow was different.
Where the other colors had become my vision, integrating with the objects in my life, and altering what I saw and how I saw it, pale yellow was a wall, a blindfold, a prison of which I was not aware. I was kept there from march until october, not seeing, just being. Yet I was content and did not see what I was missing. I had lost my vision in trying to be what I was not.

And so, in November, I started getting rid of the yellow, scraping it and peeling until my eyes were clear again. But for a while, if was uncomfortable to see so clearly. I wasn't sure if my images really were as good as they were. I was redefining myself after all, becoming a solo photographer instead of a student- drawing lines where only shading had been before.

And in the midst of this- on an early January evening, my vision became a clear pale blue. And I saw myself at fourteen again.

To photograph is to look back and place what you've gathered from years and years in your frames. Its something I've only begun to see now- to grab the hand of all that has happened to me, and let it become facets of who I am and what i see so there is a reason for all that I photograph. I remember what it is like to stand face to the wall at the ballet barre- waiting impatiently for my teacher to arrive and come fix my feet position. I reopen boxes of times climbing tress as i gaze at people in the trees above me, happy as I have been dozens of times. I no longer deny who I have been, or turn my back on the colors that i have held in my hands and in my eyes.
Posted by spriestapphotography at 6:45 AM 4 comments: 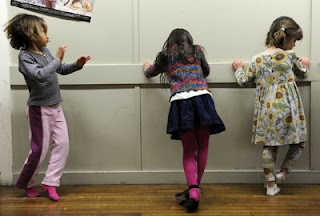 Little by little I inch to where I wish to be in my photography.
Posted by spriestapphotography at 9:11 PM No comments:

I'm starting an all quarter color film photo project for this spring... it is for my color photo class. I am basically doing some interesting abstracts juxtaposing flora and fauna with graphs, grids, charts, etc.
So since I have some good people who read this blog, I was wondering if you have any of this stuff laying around, or happen upon it, if you could give it to me or let me borrow it. In return, I will make you a cake.

-Star charts, maps, graphs, graph paper, grids, etc
-color film
-dried flowers
-interesting leaves
-dead birds or rodents. If you happen upon these, you don't have to pick them up, just drop me a line and let me know where they are so I can go get them. I'd really like a dead bird for one photo I have in mind, so even if you know someone who is a hunter and has some stuffed birds, those are useable too (and my roommates would think I was less strange)

thank you!
Posted by spriestapphotography at 8:30 AM 4 comments:

What I would be without photography, I am not sure- be it better or worse than the person I now am. But I do know that the lifestyle that I both chose and was born into has saturated my existence, a marriage that I will never be able to turn my back on, for it is memories and seeing that is a cornerstone of my living, colors so vivid they can be seen from many years away.

The first color in my memory is a pale blue of fourteen: the color of my room, the color that my first print was framed with, my father's eyes, the dusty color of the sky behind school bus windows. It was the walls my personality was kept in- confidence kept too long wilts into painful shyness.

And for a while, I closed my eyes and didn't see at all. And when I opened my eyes, the world was crimson. I took photography as my own, tied its mask around my face to hide shyness, and became the grown up I would never be. I watched the people around me live their lives, or when I became tired of that, wrapped myself in the darkroom. Photography was never something to brag about, the same way you would never brag about your skin or your way of walking, it was always just there.

At the end, when the color started running and melting into a more concrete color of orange, I accepted the fact that I should be social. I spent my time with a writer and two musicians, all who brought new dimension to both my photography and social aptitude. I fell in love with the Bruch Concerto for Violin, and simultaneously fell in love with the idea of color in music- an idea that began to run over into other aspects of my life. But this happy light of friendship was always that of twilight, for at the end of that summer, we all left for college. But the color stayed the same, for again I closed my eyes for many months, making photography but a chore, raking the assignments into piles instead of treasuring every opportunity to make other pictures.

But I saw again, on the eve of a life heaped with late night skateboards, ice cream, laughter, seven o clock light, bike rides, and talking about making photographs- the latter, a thing I had never had the opportunity to do before outside the classroom, talking about the image itself and the psychology behind it. And the world became a yellow- pale, the color of sunshine filtered through windows. 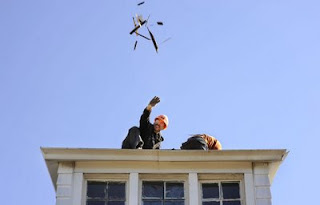 What began as a drive by ended as a nice story, and a nice chance to catch up with some friends.

*Edit: I understand I used nice twice in the caption. Oh well*
Posted by spriestapphotography at 12:08 PM 1 comment: 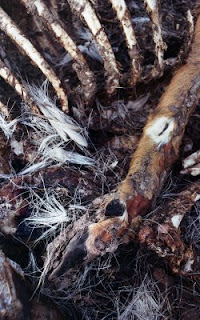 another deer that I found.

Scottsville, NY
End of landfill road
Posted by spriestapphotography at 7:27 PM No comments: 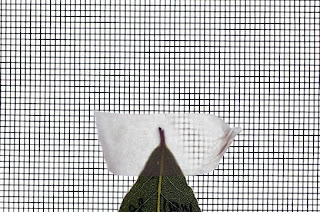 I both like and hate how I can hide behind my blog. I seldom show my work apart from this.

I'm going to have some writing up on here in a few days.
Posted by spriestapphotography at 6:52 PM No comments: 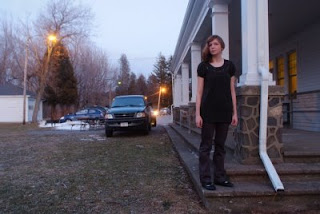 From a few weeks back

Webster, NY
Wedding
Creds go to Elijah for this one.
Posted by spriestapphotography at 6:44 PM No comments: 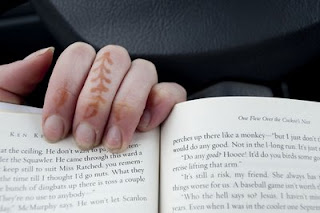 Is made easier with a good book
Posted by spriestapphotography at 3:33 PM No comments: 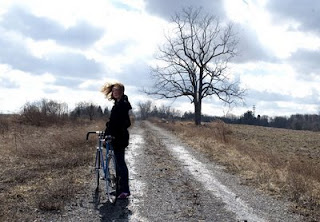 Coyote Rock/ Sarah's Tree
another spot full of memories
and my bike: Paul
Yes, this is a 2 minute walk from my apartment, but I still drove here
Posted by spriestapphotography at 3:27 PM 1 comment: 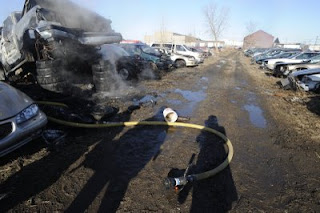 Location: Erie, PA
Junkyard Fire.
I'm on the right, my editor is in the middle, and a firefighter is on the left.
Posted by spriestapphotography at 9:53 AM 2 comments: